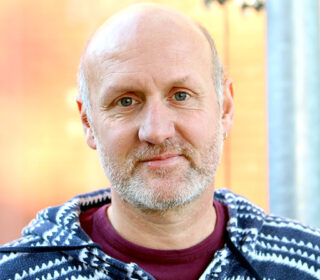 Peter de Jonge (1969, PhD) is one of the top researchers in the Netherlands on the interface between psychology and psychiatry. He is programme leader of the research programme Interdisciplinary Centre Psychopathology and Emotion Regulation (ICPE, www.icpe.nl) (UMCG and RuG) and vice-dean of research of the Faculty Behavioral and Social Sciences (RuG). The ICPE is a centre of excellence conducting research at the crossroads of various disciplines, including psychiatry, psychology, epidemiology, neurosciences, and internal medicine. The programme currently consists of 9 full professors, 16 Associate/Assistant Professors and over 70 PhD students. At the last two research visitations, the ICPE received maximum scores on all evaluated parameters: relevance, societal impact, scientific quality and vitality.

Trained as a clinical psychologist and methodologist, his interest has been in connecting disciplines. In 2007, he received a prestigious VIDI grant to support his research on the interaction between depression and heart disease, which became a very successful project on which >70 publications were published. Many of these publications have been published in leading psychology (e.g. Psychological Medicine), psychiatry (e.g. American J Psychiatry, JAMA Psychiatry), cardiology (e.g. JACC) and general medical journals (e.g. JAMA, BMC Medicine), which helped to promote the field of cardiopsychology. Several of those papers have become highly cited papers according to Web of Science criteria. This line of research has demonstrated the lifelong interaction between depression and anxiety and the development and progression of ischemic heart disease. In 2012, he received a prestigious VICI grant (ranked first in the medical field), entitled Deconstructing Depression. In this project, his focus was on the difficulties surrounding the concept of depression as a consensus-based, symptom-oriented disorder. In this project, he worked together with mathematicians, physicists, biologists, philosophers, computer scientists and e-health specialists. This project helped to promote the use of EMA methodology while his view on psychopathology as continuous, dimensional processes that occur within persons instead of yes/no diagnoses based purely on inter-individual differences has inspired many researchers.